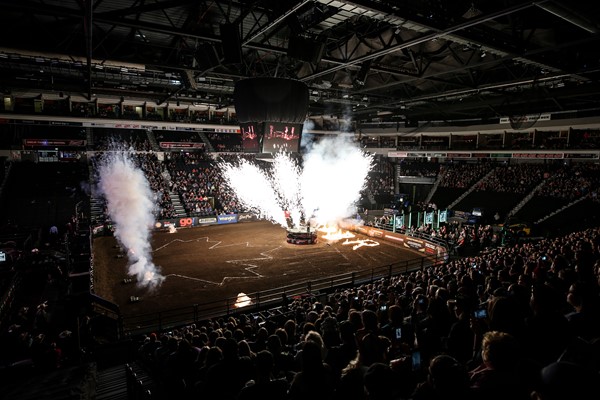 SYDNEY, Nova Scotia – For the first time in league history, PBR (Professional Bull Riders) will stop in Sydney, Nova Scotia, with the “toughest sport on dirt” set to buck into Centre 200 on May 22-23, 2020 with the elite Canadian Monster Energy Tour’s Sydney Classic.

The Monster Energy Tour regularly features Canada’s best riders alongside some of the league’s top international athletes, squaring off against the rankest bucking bulls from across the nation. Fans will witness exhilarating 8-second rides and wrecks throughout the action-packed event as the PBR’s courageous bull-riding athletes face off against their 2,000-pound opponents.

While the event will mark the first-ever PBR tour stop in Sydney, the Canadian Maritimes are no stranger to the edge-of-the seat adrenaline experienced at a professional bull riding event.

Moncton, New Brunswick, first welcomed the league in 2018 with a sold-out crowd, and again hosted the PBR in 2019 with the extreme sport taking over the brand-new, state-of-the-art Avenir Centre. The New Brunswick city will again host the PBR in 2020, with the Moncton Classic set to take place the weekend following the Sydney event on May 30.

Halifax has also bore witness to the draw-dropping athleticism of both rider and bovine athlete twice, in 2018 and 2019.

The debut in Sydney will come on the heels of one of the most intense national title races in league history as the nation’s best battle it out to be crowned the 2019 PBR Canada Champion.

While Parsonage has reigned atop the rankings for the majority of the season, he was recently dethroned for the No. 1 ranking by Dakota Buttar (Kindersley, Saskatchewan). Storming onto home soil in June, Buttar has gone an impressive 35-for-38 (65.79%), winning a season-high five event titles across all levels of competition, en route to capturing the nation’s top ranking.

Wider looking, the Top 5 are within 1,150 points of one another, with Shay Marks (Sunnybrook, Alberta) a slim 480 points behind the No. 1 ranking.

The bull riding action begins at 7:30 p.m. AT on both Friday, May 22 and Saturday, May 23 at Centre 200. All riders will attempt one bull each in Round 1 on Friday and Round 2 on Saturday. The Top 10 will then advance to the championship round on Saturday for one more out and a chance at the event title. In addition to competing for points towards the Canadian national standings, riders will also have the opportunity to earn world points in an effort to earn a berth onto the elite PBR Unleash The Beast. As part of the Monster Energy Tour, riders have the opportunity to earn increased world points, with the event winner netting 170 world points.

The 2020 slate of events marks the fifth season for the Monster Energy Tour as a unified competitive series traveling across the country. Stay tuned to PBRCanada.com for the complete 2020 schedule, to be announced in the coming weeks.